Minaret students are “loving the program” 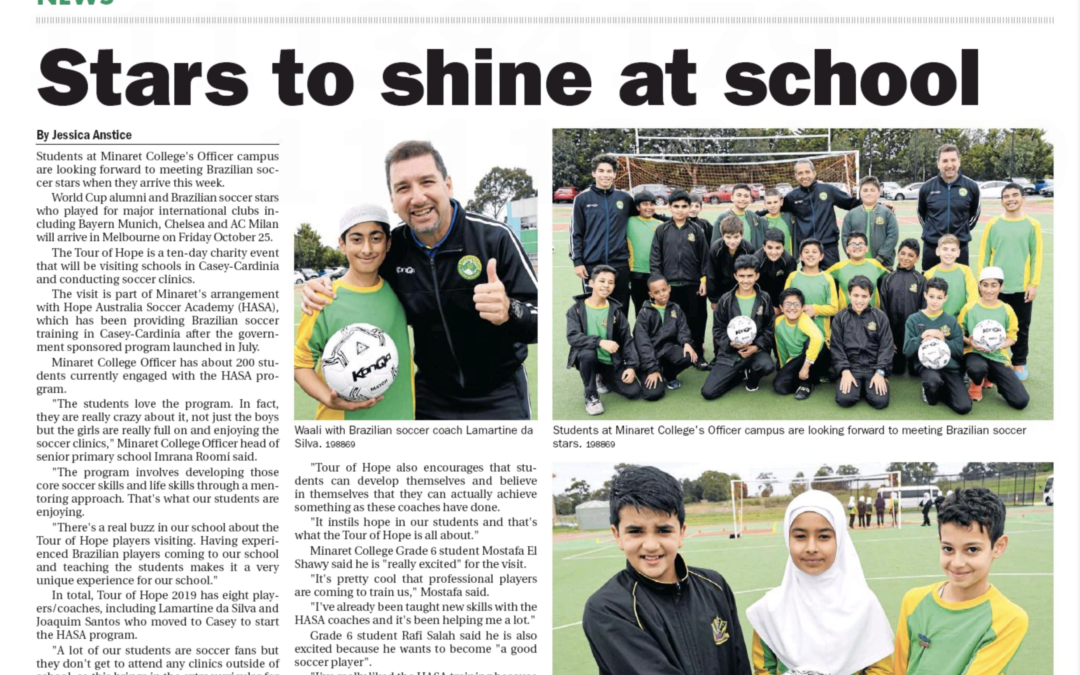 We think the smiles say it all.

Students at Minaret College in Officer are enjoying the Brazilian style of soccer training provided by HASA. It’s also a BIG plus when training includes visits by some of Brazil’s top soccer stars!

The excitement was captured in the Pakenham Gazette on 23 October, ahead of the Tour of Hope’s arrival in Melbourne.

Minaret College currently has about 200 students training under HASA during their physical education classes. As Minaret’s head of senior primary Imrana Roomi says, “The students love the program. In fact, they are really crazy about it, not just the boys but the girls are really full on and enjoying the soccer clinics”.

“A lot of our students are soccer fans,” added head of middle school Jamilah Giousoh. “But they don’t get to attend any (soccer) clinics outside of school, so this brings in the extracurricular for students who don’t have that opportunity”.

We look forward to some great outcomes from this engagement with Minaret.