HASA gets behind a family that doesn’t give up 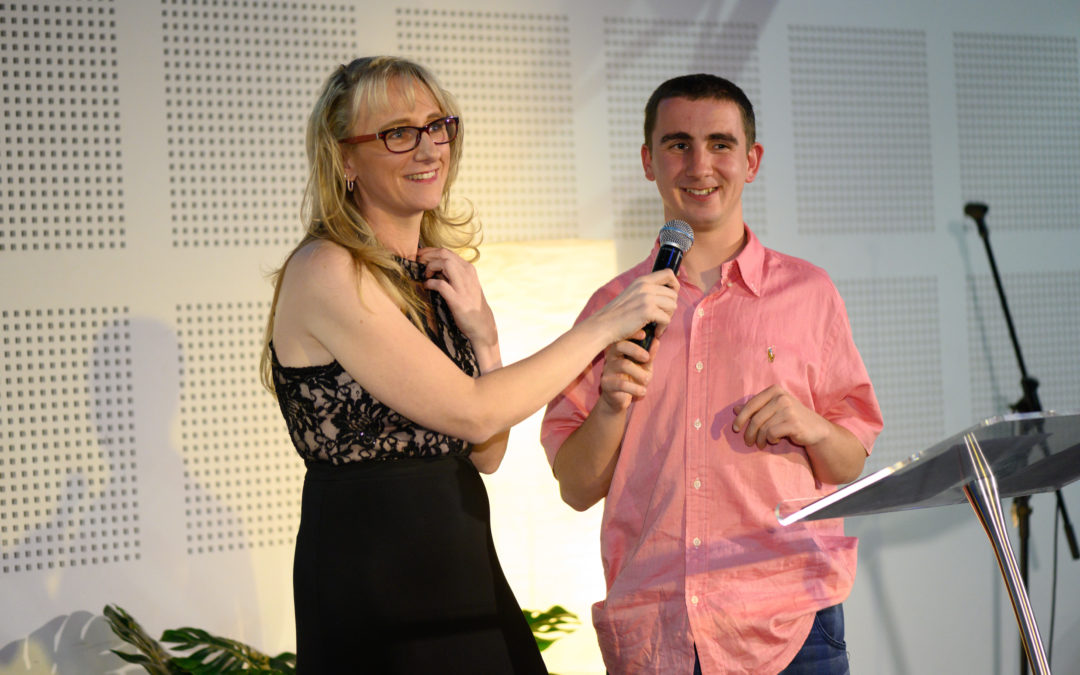 Joshua’s story resonates with HASA in reaching personal goals in spite of the odds. It demonstrates a spirit of resilience and support within community. Thank you to everyone who contributed on the night in some way.

The family are still raising funds for ongoing treatment and if you can help, Josh’s GoFundMe page is here: https://au.gofundme.com/fpvum-josh039s-journey

About Joshua
Joshua was born with a malformation of the blood vessels of his brain called a Vein of Galen Malformation (VGM). The Vein of Galen consists of abnormal connections between the arteries (carries blood to the body) and deep draining veins, (returns blood to the heart) and lacks capillaries to slow the blood flow between arteries and veins.  Josh’s mother describes his first year as “fraught with difficulties as we battled to keep him alive.  (But) as he grew everyone fell in love with him regardless of his medical problems.”

Without capillaries, blood is shunted directly into the vein at high output. This in turn, increases the workload of the heart, and left untreated often results in abnormal brain development, brain damage, strokes, seizures, paralysis, learning difficulties, hydrocephalus and ultimately cardiac failure and death.

Since 2010 Josh has been deteriorating, although it was subtle at first. His walking wasn’t as smooth, his speech wasn’t as clear and his memory was fading.  After 18 months doctors tried to stabilise his condition and stop the deterioration but nothing was working. His specialists believe the blood vessels in his brain were becoming tired and were struggling to keep up with the abnormal flow within his brain. He now seems to be suffering from Vascular dementia and the family suspects he was having small silent strokes.

But hope came through the Institute of Neurological Recovery in Florida, which has been investigating the use of a comparatively new drug called Etanercept, developed for inflammatory diseases such as arthritis. Etanercept targets a protein called tumour necrosis factor, which clusters around damaged areas of the brain and in excess can stop cell regrowth. It is now being used in America for stroke victims.

Josh’s family has seen the treatment visibly help in removing the inflammation caused by the stroke and enabling Josh to function far better. It is hoped they can get Josh back to Florida within the next six to twelve months.