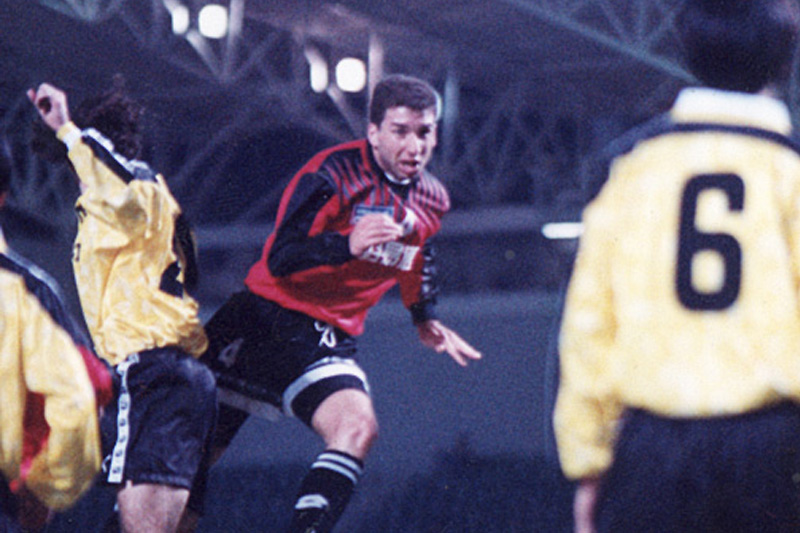 “Soccer is undoubtedly the most popular sport in the world with millions of people playing and watching everywhere. It’s interesting how it easily connects people and cultures, gathering them together, people with different backgrounds, lifestyles and religions.

For Brazilians, soccer is more than just a sporting activity, it is a passion! It is a way of living! For every single kid in Brazil, becoming a professional soccer player is a dream. Usually the first present given by a father is a soccer ball, which a child kicks everywhere he or she goes. You sleep with it, so the ball becomes your best friend and for me it was no different, so since I was a little boy I began dreaming about becoming a professional soccer player… playing, watching and following it every day.

I am from Sao Paulo City, where I grew up, coming from a middle class family. When I was 15 years old I joined a professional club and after some trials, my dreams started to come true. Two years later I was playing my first professional game at the age of 17, and right after that, my career took off. I played in Brazil and overseas for more than 15 years until I retired at the age of 33.

But it wasn’t always easy. As a young boy, my parents did not support my soccer dreams and preferred that I concentrate on studies. So I had to be very persistent and show them that I was serious and capable of achieving my dream. Also by that time I was playing almost every day and had to give up my social life to focus on what I was doing, which was not easy for a boy. Competition for club selection was also tough, as it’s very hard for any player to join any club because there are so many good players in Brazil available and willing to play. In soccer there are no guarantees for your career. But I was determined and persevered.

Soccer has taught me so many lessons, helping me to build up my character through values that go with it. These include discipline, respect, responsibility, duty, teamwork, training hard, team spirit, a never-give-up attitude and overcoming obstacles. As a Coach I feel blessed being here in Australia as part of HASA’s Project because I can give back to students what God has given me through Soccer.”